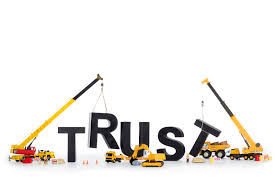 The public’s confidence in government has been falling in the last 30 years. In the U.S., a 1964 poll indicated that 75 percent of Americans trusted the federal government. By 1995, that figure had dropped to 15 percent.

This decline in trust extends beyond government organizations and applies to many institutions of authority such as the church, the legal and medical professions, education, the police, and the military. It appears that trust in government serves as a proxy for our trust in the institutions that underpin and govern our society. While scholars study these issues, the public continues to be subject to continued breaches of trust through the actions of those who have been appointed to guard the public’s trust.

Why does trust matter? Think about the transactional costs of a low-trust environment. Let’s look at the impact of low trust in an organizational setting. In low trust relationships, suspicion abounds and parties feel compelled to paper every decision and every discussion. In the drive to protect themselves, they copy every person who may have a connection to the decision, no matter how tangential. Costs soar as lawyers are engaged and detailed contracts are drawn up to cover every possibility, simply because people don’t trust colleagues or decision-makers not to act out of self-interest. Meetings about the meetings occur, gossip takes over, and morale and productivity plummets. Information is hoarded, hindering innovation and creativity. When it happens at the executive leadership level, governance and oversight are compromised. Unless a culture of trust is built in the organization, dysfunctional relationships intensify the push toward ineffectiveness.

Trust between executive leaders and their peers also needs to be high as they support the deputy in carrying those decisions out. In situations of low trust, governance suffers as leaders may miss key pieces of information, fail to speak up, and do not cover off critical issues. Poor decision-making results, which can include cost over-runs, negative media coverage resulting in reputational damage, and ineffective or unsuccessful policies.

Trust at the executive leadership level is also important as it relies on what the Conference Board calls “intermediaries, institutions and individuals” who are viewed as trustworthy and credible. Government leadership serves as an important bell-weather to assess the trustworthiness of the government and its staff. An ineffective or dysfunctional one will be reflected in the views, decisions and behaviour of staff. Ultimately, the public is affected, positively or negatively, by the organization’s leadership and trust culture.

What can executive leaders do about this? Here is some advice:

1. Treat trust as a systemic operating principle and worldview. It is a fundamental and core value; it guides action, behaviour and decision-making. It is not a “thing,” a project or an exercise. It must be constant in everything members of that organization do.

2. Remember that trust as an attitude and value must be demonstrated from the top down. This means that deputies (i.e., CEOs) and the executive team must make decisions and conduct themselves in ways which are consistent with building and sustaining trust.

3. Trust-building requires an “I’ll go first” attitude. In other words, if you want to build an organization with a reputation for high trust and integrity, then it starts with the executive leadership team and trickles down. It applies not only the decisions made by executive leaders, but to the very leaders who occupy those positions. Do they “walk the talk”? Transparency, consistency, authenticity and honesty are a few of the attributes of trustworthy decision-makers.

Therefore, executive leaders need to hear, assess and impact trust in senior executive ranks, and throughout the organization. It starts with commitments from the top; all leaders must have a passion for, display and insist upon integrity.